Thomas L. Hay was raised in the Golden Valley of Clinton, Mo. He is a graduate of the 1961 Senior High Class. He retired after 39 years with TWA/American Airlines. He enjoys fishing, golfing, writing, and spending quality time with friends and family. He currently resides in Lake Waukomis, Mo. with his lovely wife Karen, some hyperactive squirrels, too many irritating geese, and a few cranky old catfish. 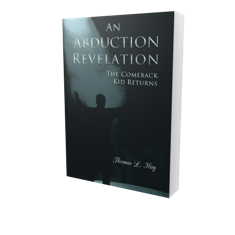 What actually occurred that evening in 1960, when the Kid lost control of his car, crashed, and lost three hours of his life? Was he abducted or was it just a freak accident?

His ex-wife told him they were abducted by aliens, not once, but twice. The Kid's ex-wife would claim the truth was revealed to her after their divorce. Her spirit persuaded her to become a vegetarian, fast and abstain from sexual activities. This melted the memory blocks instilled by the aliens during the abductions and exposed traumatic experiences that were buried deep within her subconscious.

Who are the abductors? Where do they come from? Where are they hiding? Do they even exist? The Kid suspected he could have similar mysterious phenomenon buried within his subconscious. Are aliens really abducting humans? He became tormented to investigate the probability, so he adopted her ascetic lifestyle. The answer to those questions and many more were revealed when the Kid’s memory blocks melted. What the abductors sought and what the Kid discovered about himself will startle and torment your reality.

An Abduction Revelation is an intriguing adventure inspired by some true life experiences of the Author. It is a journey beyond the border of reality, spiked with mystery, with a dash of romance, a teaspoon of secrets, and a cup of imagination. A perfect recipe for an entertaining tale.

Praise for An Abduction Revelation:

“This story will make one heck of a movie. I loved the conversational writing style.”—A reader’s review. 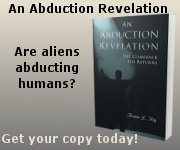