Author Spotlight: Jack Remick, Author of The Book of Changes

Jack Remick, Author of "The Book of Changes" 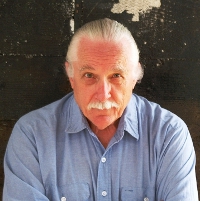 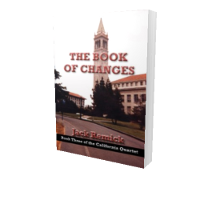 It’s 1971, Berkeley. Beast comes to the Cathedral of Learning in a time of political upheaval, hallucinogenic drugs, group sex, and electric, acid, psychedelic, mind-bending rock and roll. On his quest for meaning he hangs out with a Harley-riding dwarf, a raven-haired Gothic artists’ model, a sorority girl turned nymphomaniac, and the heir to a family of French aristocrats with a bloody history dating back to before Joan of Arc. The world is exploding, but students still go to classes, fall in love, get laid, study in libraries, win awards, even graduate. The country is on fire, and Berkeley supplies the fuel.

“This novel, The Book of Changes, doesn't purport to be either a sociological thesis or a history of anything. It is a fictional record of a sort of filtered through time and the consciousness of young women and men who were looking for a new definition of America, of California, of the world.” – Jack Remick

Jack Remick is a poet, short story writer and novelist. Blood, A Novel was published by Camel Press in 2011. The Deification, Valley Boy, and Gabriela and the Widow are all available from Coffeetown Press. Coming in 2014: Satori, a collection of poems.

Praise for The Book of Changes:

Official Book Video Trailer for "The Book of Changes" 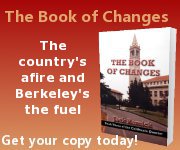 The Book of Changes (306 pages, ISBN: 978-1-60381-186-6) is available at Amazon, Barnes and Noble, Coffeetown Press and Ingram Distributing.  To learn more about Jack Remick and The Book of Changes, visit www.jackremick.com.